The hardest achievements in World of Warcraft: a comprehensive guide!

World of Warcraft achievements has always been regarded as one of the most fun additions to the game. They were first introduced in the Wrath of the Lich King expansion and Blizzard has modified and increased their number since.  Currently, there are thousands of achievements in World of Warcraft and a grand total of 31.625 achievement points.

Completing the World of Warcraft achievements

You might be thinking, 31.625 achievement points? It must be relatively easy to acquire them then. Wrong!! While yes, some are relatively easy, some, on the other hand, require months or years to finish.

Today we will take a look at some of the hardest achievements World of Warcraft has to offer.

Hardest achievement #5 – Only the Penitent 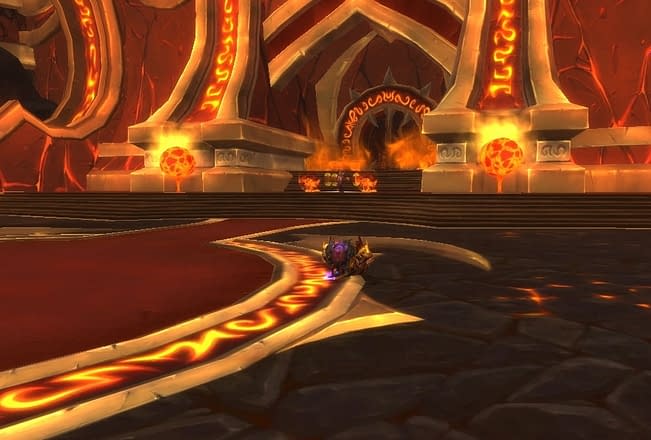 To acquire this title, you need to light both Fendral’s flames at once inside the Firelands raid. In order for the achievement to count, a large portion of the group has to click the flames simultaneously in order to get the credit. It’s beyond counting how many people failed this task! First, you have to dismiss all pets (as they count towards the Kneel to flame disqualification). Second, you have to do a proper countdown to activate them simultaneously. Lastly, you need to make sure you have enough people in range for the activation. Should you fail, you have to go out and reset the instance. I will leave it up to you to imagine how the conversations went after a failed attempt.

This achievement was added in the Mists of Pandaria expansion and it falls under the collection achievements. To unlock it, you will need to create a massive collection of dropped items, from every single mob on the Timeless Isle. In theory, it sounds easy! Killing one of each mob sounds simple, but it’s easier said than done. While a large portion of the items is classified as common, some will require thousands of kills of the same mob to drop. 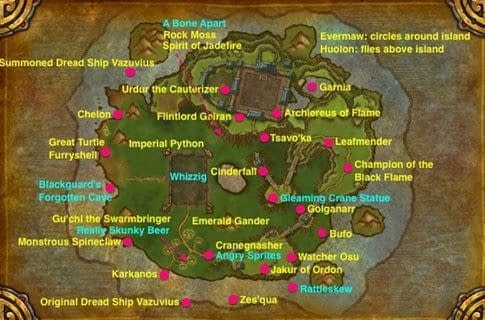 Let’s look at Spineclaw Crab as an example. It only drops from the Monstrous Spineclaw. Okay, now that we know who drops it let’s just go kill that mob. Firstly, you have to find it. It spawns in random locations in the waters surrounding the Timeless Isle. As it does not have a fixed location or a timer by which it spawns, you have to manually kill regular crabs until it appears. Secondly, after you find it, you have to kill it. Unless you are a 95+ character, you might find this second step quite hard, as it is an elite mob. Lastly, you will need to be lucky enough to get the ultra rare from it. We are in Battle for Azeroth now, and there are still people looking for this Crab. Just goes to show how rare it is.

Hardest achievement #3 – Insane in the Membrane

You knew I was going to put this on the list. To earn the Insane title, you have to achieve an exalted reputation with several factions.

With the release of the Cataclysm expansion, many believed this title to be unobtainable. However, it was confirmed by Blizzard that it, in fact, is very much obtainable. It is a lot more punishing, that’s for sure. If you are one of the lucky ones that unlocked it pre-Cata, I salute you. Getting exalted in Ravenholdt reputation is a pure punishment now. With very few repeatable quests, which most are unavailable after certain rep, your only choice is the quest Junkbox Needed. To put it in perspective, you will need 2800 junkboxes in order to reach Exalted. (2550 if you are Human ). That’s truly Insane.

Hardest achievement #2 – A horde of Hoofbeats 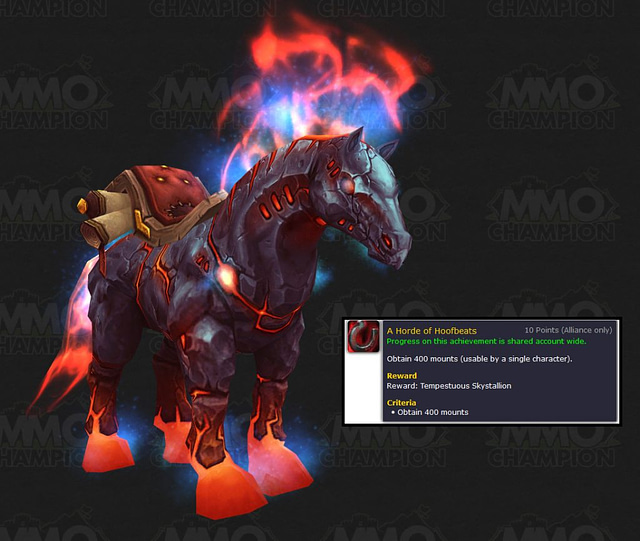 Most players in WoW think that their mount collection is amazing. And they are right! Even having 100-150 mounts in World of Warcraft is an achievement by itself. But… what if you had 400? And they all have to be usable by a single character. Added with the release of Battle for Azeroth, it is considered by many to one be the most outrageous of all World of Warcraft achievements. You can acquire mounts from every aspect of the game. From seasonal events, raids, drops, quests. But still, getting 400+ mounts on a singular character is a lifetime achievement for sure!

In World of Warcraft achievement community, there are some achievements which are almost out of grasp for many. Such is the bloodthirsty achievement. Requiring you to rack up 250.000 honorable kills in order to unlock it. Yes, you read right 250 thousand kills. I’ve been playing for a long time and I am still working on 50.000. Cannot imagine 250.000.  However, as a large portion of the WoW community is not PvP savvy, this achievement can only be obtained by incredible persistence, longtime devotion, and never-ending love for PvP. It is funny to see that some people who have this, already want to see a 500.000 or a 1.000.000 HK achievement. If you are bloodthirsty with 250.000, how can we label you once you hit 500 or a million?

Achievements are a time-consuming but rewarding experience. The harder the task, the greater the personal satisfaction you will receive. However, if you do plan to go for any of the listed ones, I wish you the best of luck and hope for you to retain your sanity!

Or you can get all the titles you want by just contacting us! Learn more about our WoW achievement boost service!

Guides
Recent Posts
All above-mentioned brand names are registered trademarks and/or the property of the respective companies and only serve to describe the services.
Data and contents are copyright-protected.