Are you TIRED of…

…your teammates always bringing you down? Want to compete at a higher level? We can help you with that. Our highly professional Boosters will rank your Dota 2 MMR up to desired level.

Just like in other MOBA (Multiplayer Online Battle Arena) games, there’s an ELO system in place in Dota 2. It is really similar to League of Legend’s ELO system. This ranking system serves to place players of different skill in different parts of the ladder. According to 2018 statistics, most Dota 2 players are stuck between Crusader and Legend ranks. You can call these the average players. But, like most competitive players, you probably don’t want to be average, or you wouldn’t be reading this right now. You want to be the best of the best. That is why today, I’m going to talk about our Dota2 MMR Boost, and why I think it’s the best thing you can do to improve your rank.

But first, let’s talk about Dota 2’s MMR system. It works similar to that of League of Legends’ and Overwatch’s ranking system. It places you the rank with the players of similar skills. The ranks in Dota 2 are as follows:

Herald being the lowest, and Immortal the highest, reserved only for the best of the best. Usually, professional players are much higher than Immortal (6000+ MMR). Well, what would you say if I told you that you can also be Immortal? You probably wouldn’t believe me, but with our Dota2 MMR Boost, you can climb to any rank you wish.

Just like many casual players, you probably don’t have the time to sit around on your PC all day and grind Dota 2 games, just to end up frustrated after losing a couple of games because of bad teammates. Trust me, we’ve all been there. I can’t begin to tell you how many all-nighters I’ve pulled in an effort to get from Legend to Divine. If I recall correctly, I think I was at maybe 4100-ish MMR, and I thought to myself: “I can get to Divine by the end of the night, easy.”. Boy, was I wrong. I vividly remember the sun coming up and I was nowhere near the Divine rank, frustrated and sleep deprived.

That’s when I decided to just quit and hand over my account to our Dota 2 boosters. The worst thing is, I had work that day. I figured I’d take a break for a few days while the boosters do the work for me over a couple of days. However, you can imagine my surprise when I came back home and my MMR was at 4200+, or at Divine rank. So, if you still have doubts about the skill of our boosters, I can personally vouch for them.

If you’re looking for a Dota2 MMR boost, look no further, you’ve found the best service around. Our professional boosters will take good care of your account and will definitely boost up your MMR in record time. So, if you have any questions or concerns, you can contact our customer support and they will be happy to help you out with whatever you might need. We’re looking forward to hearing from you! 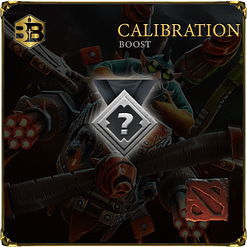 €6.00
Select options
Browse Our Services
All above-mentioned brand names are registered trademarks and/or the property of the respective companies and only serve to describe the services.
Data and contents are copyright-protected.